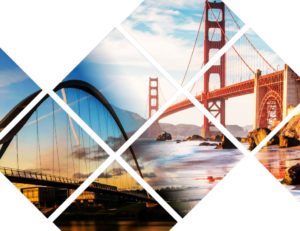 From: Department for International Trade and The Rt Hon Elizabeth Truss MP

In light of the ongoing global pandemic caused by Covid-19, the first round of negotiations will be conducted virtually, with UK and U.S. negotiators engaging in discussions over the next two weeks in nearly 30 different negotiating groups covering all aspects of a comprehensive trade agreement.

Both parties agree that a Free Trade Agreement would contribute to the long-term health of our economies, which is vitally important as we recover from the challenges posed by Covid-19.

An FTA is a priority for both countries and we share a commitment to secure an ambitious agreement that significantly boosts trade and investment. We will undertake negotiations at an accelerated pace and have committed the resources necessary to progress at a fast pace.

“The US is our largest trading partner and increasing transatlantic trade can help our economies bounce back from the economic challenge posed by Coronavirus. We want to strike an ambitious deal that opens up new opportunities for our businesses, brings in more investment and creates better jobs for people across the whole of the country. As the Prime Minister has said, the UK is a champion of free trade and this deal will make it even easier to do business with our friends across the pond.”

“Under the leadership of President Trump, the United States will negotiate an ambitious and high-standard trade agreement with the UK that will strengthen our economies, support good-paying jobs and substantially improve opportunities for trade and investment between our two countries. This will be an historic agreement that is consistent with U.S. priorities and the negotiating objectives established by Congress in U.S. law.”

An opening plenary today will kick off the detailed discussions, followed by multiple virtual meetings from Wednesday 6 May to Friday 15 May. The negotiations build on the work conducted through the UK-U.S. Trade and Investment Working Group, which was established in July 2017, partly to lay the ground work for these negotiations.

A comprehensive UK-U.S. trade agreement will further deepen the already very strong trade and investment ties between the UK and United States by creating new opportunities for UK and American families, workers, businesses and farmers through increased access to the other’s market.

The United States and the United Kingdom are the first and fifth largest economies in the world, respectively. Total two-way trade between the two countries is already worth £230 billion a year. Each country is the other’s largest source of foreign direct investment, with over £700 billion invested in each other’s economies. Every day, over one million Americans go to work for UK firms, while over one million Britons go to work for American firms.

The UK-U.S. trade agreement will be a modern agreement designed for the highly advanced and sophisticated UK and U.S. economies. Both governments are committed to maintaining high levels of health, safety, and environmental protection that will serve as a model free trade agreement for the world.