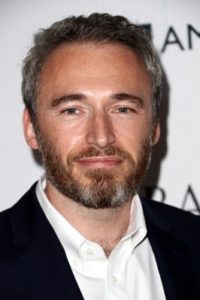 Michael Howells is a British diplomat and Consul General in Los Angeles. He is the senior representative of the UK government in Southern California, Arizona, Nevada, Utah and Hawaii. In this role, he promotes trade and investment, scientific cooperation, creative and media collaborations and educational partnerships between the UK and the southwestern United States. He also oversees delivery of essential consular services to a 600,000-strong British resident community and British visitors numbering over a million per year.

Michael has an academic background in Anthropology and International Law. Prior to government service, Michael worked as a human rights lawyer and in the UK tech sector, supporting clients in the British entertainment industry.

Michael began his government career as a policy adviser in the UK Department for International Development where he edited the 2006 White Paper “Making Governance Work for the Poor.” For the past 11 years he has held a series of national security roles in the British Foreign Office, covering Counter-Terrorism, EU Security and Defence policy and the Middle East.

From 2009-2013 Michael served at the British Embassy in Washington DC, acting as the bridge between UK and US policy towards the Middle East, during the tumultuous events of the Arab uprisings and the “P5+1” nuclear negotiations with Iran. From 2013-2015 Michael oversaw British foreign policy towards Iran, including the re-opening of Embassies in London and Tehran. From 2015 to 2017 he was Head of Near Eastern Affairs at the British Foreign Office, responsible for UK policy towards Syria, Jordan, Lebanon, Israel, the OPTs and the Middle East Peace Process. Michael took a six month sabbatical in 2017 to act as a consultant to HSBC Group on financial crime.

Michael is married to Courtney, who is Canadian. They have a son and two daughters.